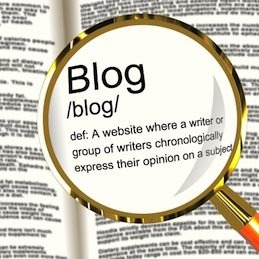 This post is a response to Week 1, Activity 3: how blogs are used to assist in the publication of research.

Maintaining and contributing to an academic blog can help in making research more accessible to a wider audience, both in the process of research and after publication. Academics can use blogs as part of the research process to formulate thoughts and put ideas for peer discussion and critique (Weller 2011). This equates to a new type of literacy and an ’emerging academic practice’ (Kirkup, 2010, p.82)  and for many academics a change of scholarly practice (Weller 2011), which not all are comfortable with. Ferguson et al’s  (2010) study showed that Phd students were more open in using blogs but that research staff might be more reticent about sharing commercially sensitive material on a blog. I was intrigued by the use of Ferguson et al’s terminology of ‘dark blogs’ which are not open to the public, but which might be part of a researcher’s practice. It seems that the act of blogging, whether public or private can potentially assist in the publication of research as being a tool to disseminate initial findings, get peer feedback and reach a wider audience (Weller, 2011). Weller also talks of a different ‘granularity’ of research projects when using web 2.0 tools, so that what is considered research may also differ and evolve (p.59). Despite the potential, it’s unclear how extensively blogs are used for publication of research. Guidelines for blogging are unclear (Conole, 2010), researchers tend to focus on getting published in peer-review journals rather than blogs for recognition and promotion (Weller, 2011),  while blogs may not be the only social media tools available to researchers as microblogging, Facebook and other tools are also used by researchers in the research process for connecting and communicating about research and in some cases aiding in the conduct of research (Conole, 2010). Blogs therefore exist in an ecosystem of web 2.0 tools as a new form of communication about practice and research, although the actual take-up of blogging is relatively low not least because of ongoing concerns about an academic’s reputation in what is an unfamiliar place  for communication and publication (Kirkup, 2010). Ways in which blogging can be formerly recognised as legitimate academic practice are needed to encourage a greater participation in blogging (Kirkup, 2010; Weller, 2011). References Conole, G. (2010) ‘Facilitating new forms of discourse for learning and teaching: harnessing the power of Web 2.0 practices’, Open Learning, vol. 25, no. 2, pp. 141–51. Ferguson, R., Clough, G., and Hosein, A. (2010). Shifting themes, shifting roles: the development of research blogs. In: ’Into Something Rich and Strange’ – Making Sense of the Sea-Change. The 17th
Association for Learning Technology Conference (ALT-C 2010), 7-9 September 2010, Nottingham, UK. Kirkup, G. (2010) ‘Academic blogging, academic practice and academic identity’, London Review of Education, vol. 8, no. 1, pp. 75–84. Weller, M. (2011) The Digital Scholar: How Technology is Transforming Scholarly Practice, London, Bloomsbury Academic.

Unless otherwise stated, posts on this blog are licensed under a Creative Commons Attribution-NonCommercial 3.0 Unported License.