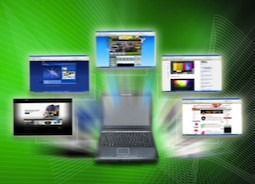 This post is a response to Core Activity 9.1 Evidencing research based competancies

I like research. I love the way the Internet has it all there. It’s like being a child in a sweet shop. Google and Google Scholar are great starting points to get a handle on a topic and having access to the OU’s online library means most journal articles are readily available. There are moments of total immersion, of skimming search results, looking for keywords, at a blog post or journal article that may be relevant, capturing details, and building a map of the research topic.

However, I am not sure that I am going about it the right way because it seems to take a very long time.  I tend to capture research, readings and links in a mindmap that evolves to create a picture of the topic and gives an idea of scope. Here is the mindmap:

I seem to need to read quite a lot before I feel comfortable with a topic. And when the topic is about the range of uses of blogs in education and there are so many interesting blogs out there, the temptation is there to keep reading and reading and getting carried away with content rather than sticking to the task at hand. When is a good time to stop research?

Although the topic of blogs in education wasn’t entirely unfamiliar, I still found some great new resources. I’m going to highlight one which was a site showcasing blogging case studies at Warwick University’s Knowledge Centre

I particularly enjoyed listening to bloggers talking about their experiences in short clips and reading the helpful case studies. As a resource for encouraging others in education to blog through sharing good practice, it reflects good practice in elearning. The interviews also focussed on challenges of managing content and marketing of blogs which are vital for keeping momentum going.  Some of the actual  blogs were really good with one or two seeming to have lost momentum and not been updated much – a common enough feature of the blogosphere.

The task required coming up with some core uses of blogs in education and my 6 are:

A fuller account of the desktop research with descriptions and examples for each core use  is  available as a google doc.

This post is a response to Activity 4.1: Multimedia as evidence and creating digital evidence for an eportfolio

We’ve been asked to think about relating media to different aspects of user engagement and how using different media relates to how people learn. I naturally veer towards creating text-based materials and prefer to use words, mindmaps, and flow diagrams to explain and instruct so creating multimedia content is a bit of a departure for me. However I wanted to try and create a screencast to demonstrate how I use a particular application and today I spent sometime getting to grips with Camtasia Studio for Mac and I created a screencast of how I use Evernote as a digital repository.

I found this activity quite difficult and time consuming because I was learning how to use a new piece of software (Camtasia) and how to produce an effective screencast. Trying to learn and do two distinct things was a bit of a strain, and I abandoned the trial and error approach as well as my initial time allocation for this activity. I managed to record myself but I could not work out how to edit the screencast. At the same time, I was conscious that I was speaking too slowly, stumbling over words and should have written a script. So first I decided to learn how to use Camtasia, and I found some useful videos about how to edit recordings. I watched all six of the getting started guide after which I was a lot more confident. Next, I wrote out a script and used it to guide my recording. I also set up some mock pages in Evernote, had some tabs already open on the web and decided to stick to a time limit which meant I only highlighted the essential components of Evernote. The result? Well it is OK and it’s here.

I didn’t have time to rework it too much. I still can’t figure out how to speed up my voice in Camtasia. On the plus side, my voice sounds less like Minnie Mouse than I had imagined.

If I compare it to writing out instructions in how to use Evernote or presenting static screenshots with instructions, I think a screencast like this can be really effective as it moves beyond verbal communications to non-verbal and auditory components. The act of creating this also made me think about how I do use this tool and whether I can improve my own use. This activity reminded me that as an instructor and course designer, asking students to use unfamiliar software as well as complete a challenging task is a bit of an ask and that time constraints can be an important factor in student motivation and outcomes. However, there’s also a certain sense of satisfaction in producing something tangible, so I valued the process of self-discovery this activity enabled. 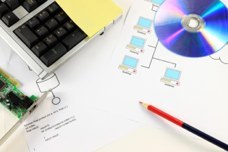 This post is a response to Activity 2.3 which was to analyse and summarise issues raised in a case study of an eportfolio implementation.

The selected case study was the successful use of WordPress as an eportfolio system in a pilot programme at Dumfries and Galloway College (JISC 2008). The function of the eportfolio was Personal Development Planning (PDP) and specifically on the presentation of employability skills.

The rationale for using eportfolios to demonstrate employability aligns with Batson (2002) that ‘Students seem most interested in the ways ePortfolios can flesh out their resumes, …[if] potential employers can see an online resume that includes views of a student’s actual work, that student may be more likely to obtain the position’. This case study can therefore also be viewed in the context that eportfolios can help document authentic experience in a way that connects with the ‘net generations’ attitude to technology, since students are open to broadcasting their life experiences (Reese and Levy, 2009). Although the concept of ‘net generations’ as a homogenous entity of technically astute students is somewhat of a fallacy since there are significant differences between students; nonetheless, there  is ‘some moderate evidence that there are some differences in the expectations of net generation learners’ (Weller, 2011) if not in the actual technical skills.

Therefore using WordPress as an eportfolio for showcasing work could motivate students, as WordPress is a popular blogging and web-publishing tool. This assumption is supported in literature as according to an FE tutor ‘Learners say that they like the idea of e-portfolios and I can see that they now see it as an extension to the social software that they are becoming used to using in their personal lives’ (Becta 2007). The results of the case study showed that students were motivated especially with being able to upload video and image files to showcase particular achievements, while retention increased by 30% in a  construction class and 100% in a computing class (JISC, 2008). The case study showed that WordPress was flexible and extendible under a GNU General public licence and appeared to be easy to set-up, enabling students to customise but also use pre-set templates, which seemed to have contributed to the pilot’s success.

There were some important lessons for practitioners for successful integration:???

1.    Introduce eportfolios early in the course and make it part of the curriculum.
2.    Give structure (in the form of templates).
3.    Practitioners to use the tool for reflection themselves to model good practice.
One area that is not discussed in the case study is employer feedback, especially since the Eportfolios were designed to help employability. The literature suggests that employers may not be receptive to Eportfolios ”Some students, … were concerned that employers, particularly in small and medium-sized enterprises (SMEs), would neither have the time nor the inclination to view their e-portfolios’ (Becta 2009). I think this is a valid point; my personal experience is that often employers google potential employees and peruse social media sites such as LinkedIn and Facebook; there may be as much mileage in advising students how to make sure their google CV and social media presence is used to the best advantage as there is in implementing eportfolios.

Batson, T. (2002) ‘The electronic portfolio boom: what’s it all about?’ (online), Campus Technology.

Unless otherwise stated, posts on this blog are licensed under a Creative Commons Attribution-NonCommercial 3.0 Unported License.